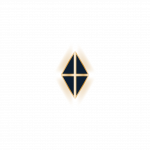 Over the course of his career at Howard Rome Martin & Ridley, Todd H. Master has represented over forty municipalities and their employees in litigation and pre-litigation matters in the counties of Alameda, Contra Costa, Marin, Monterey, Sacramento, Santa Clara, San Mateo and San Francisco.  Mr. Master has worked on a wide variety of cases, including police practices, civil rights, dangerous condition of public property, inverse condemnation and catastrophic personal injury. He has represented clients at hundreds of mediations, arbitrations and trials and regularly speaks at conferences in the general areas of litigation and public entity representation.  Mr. Master appears in local superior courts and federal court and has argued several appeals before the Ninth Circuit Court of Appeals, some of which have been published.  Mr. Master has also been admitted to practice before the United States Supreme Court.

Mr. Master grew up in Scottsdale, Arizona. He fled the heat of the desert for Saratoga Springs, New York, to attend Skidmore College where he graduated with a Bachelor of Arts Degree in Government and a Minor in History in 1992.  He spent his junior year of college in Sydney, Australia, where he studied Australian Government and History at the University of New South Wales. While in Sydney, Mr. Master interned for the Honorable Robert Baron Rowland Smith, Minister of Sport, Recreation and Racing in the New South Wales Parliament.

After college, Mr. Master attended the University of the Pacific, McGeorge School of Law in Sacramento, California. While in law school, he worked for the California Environmental Protection Agency, Department of Toxic Substances Control and the California Department of Fish and Game, Office of Oil Spill Prevention and Response.

Mr. Master graduated from McGeorge in 1996 and was licensed to practice law in California that same year.  After starting his legal career with a large national law firm in Palo Alto, Mr. Master joined Jorgenson, Siegel, McClure & Flegel in Menlo Park, where he worked with lawyers who provided legal counsel to the municipalities of Menlo Park, Portola Valley, and Los Altos Hills, amongst others. Mr. Master worked on a variety of legal issues, including the development of local ordinances and law enforcement policies. Wishing to gain experience in litigation, Mr. Master left Jorgenson, Siegel, McClure & Flegel and joined Roger, Scott & Helmer, where he worked in the firm’s construction defect division for two years.

Desiring the perfect mix of litigation and a return to public entity representation, Mr. Master joined Howard Rome Martin & Ridley LLP as an associate in 2001, working for two partners who specialized in public entity litigation.  Mr. Master became a partner in 2007.

Outside of work, Mr. Master loves spending time with his wife and their children (and their dog), whether it be on a coastal hike, exploring a National Park, on a cross-country drive, on the ski slopes, at the ice rink (watching his son play hockey) or at the dance studio (watching his daughter do what she loves).  Mr. Master is an avid hiker, skier and scuba driver.  He also enjoys traveling (particularly to Australia and warm water destinations to accommodate his love of scuba diving), cheering on the Denver Broncos, Arizona State University athletics, Stanford athletics (his adopted local school via marriage), the San Francisco Giants and the Oakland Athletics (yes, Mr. Master walks the fence).

Copyright © 2023 Ridley Master | All rights reserved
We use cookies on our website to give you the most relevant experience by remembering your preferences and repeat visits. By clicking “Accept”, you consent to the use of ALL the cookies.
Do not sell my personal information.
Cookie SettingsAccept
Manage consent

This website uses cookies to improve your experience while you navigate through the website. Out of these, the cookies that are categorized as necessary are stored on your browser as they are essential for the working of basic functionalities of the website. We also use third-party cookies that help us analyze and understand how you use this website. These cookies will be stored in your browser only with your consent. You also have the option to opt-out of these cookies. But opting out of some of these cookies may affect your browsing experience.
Necessary Always Enabled
Necessary cookies are absolutely essential for the website to function properly. These cookies ensure basic functionalities and security features of the website, anonymously.
Functional
Functional cookies help to perform certain functionalities like sharing the content of the website on social media platforms, collect feedbacks, and other third-party features.
Performance
Performance cookies are used to understand and analyze the key performance indexes of the website which helps in delivering a better user experience for the visitors.
Analytics
Analytical cookies are used to understand how visitors interact with the website. These cookies help provide information on metrics the number of visitors, bounce rate, traffic source, etc.
Advertisement
Advertisement cookies are used to provide visitors with relevant ads and marketing campaigns. These cookies track visitors across websites and collect information to provide customized ads.
Others
Other uncategorized cookies are those that are being analyzed and have not been classified into a category as yet.
SAVE & ACCEPT